How is God using your today to prepare and purpose your tomorrow?

God called me to leave California and relocate to Raleigh, North Carolina, about eight years ago. I didn’t really understand why God asked me to leave everything that was comfortable for me and follow Him, but I was obedient and did what God placed on my heart to do. I left everything that was dear to me, and it was not an easy decision. I left my family, friends, and a global management job that I enjoyed. No one understood why I made the decision to leave, but I knew if God called me to relocate, then I had to do what He said. I was a single mom who was recently divorced and I was carrying a lot of hurt, but I was ready for a new change and determined to see what God had planned for me. After hearing from family, friends, co-workers, and my boss about why I shouldn’t leave for North Carolina, I stood firm on what God told me, and I trusted Him.

God confirmed to me the week before I had to get on a plane to North Carolina that I was in His will to relocate and that He had a ministry for me in North Carolina. He also told me that the journey would not be easy for me. I left my job, sold my house, and prepared for my transition with my son. When I arrived in North Carolina, I knew God went before me. God blessed me with a new home and lined up a global management position for me, which was a job that was created for me. My new company presented me with a job offer when I arrived at the Raleigh, NC airport.

God showed me when he provided employment that He is never late and always on time!

I found a church home for my son and I and decided to become a greeter, because it was safe ministry for me. I had been a greeter in California, because it was something I felt I could do even though I was timid. Even serving as a greeter stretched me. I didn’t have enough confidence to do more in ministry. I later joined a small group, but I didn’t do more than just silently pray for the women that came into the sessions and observed the leaders of that ministry to learn. When I was asked to pray out loud for the women in the counseling sessions, I panicked and couldn’t do it. When I was asked to prepare some words of inspiration and discuss it for a few minutes in a counseling session, I again panicked and couldn’t do it. I knew if God wanted to use me in a greater way, He would have to chase away my insecurities. God later told me through a visiting Pastor that it was time for me to fly on wings like eagles and not stay hidden and afraid any longer.

I didn’t know exactly what God was saying to me but I knew He was about to push me forward in ministry.

After three years of serving in hospitality and sitting in counseling group sessions to silently pray, God showed me where He wanted me to serve. I was called to start and lead a women’s ministry called Girlfriends. I didn’t know what the Girlfriend ministry was, but I felt if God called me and chose me to lead, then He would help me to overcome my fears and chase away my insecurities. I jumped in to launch the women’s ministry and had the pleasure to see women’s lives changed.

God showed me that if He worked through me that I could do anything.

Through this ministry I was not only called to organize women’s ministry events at my local church, but I had the opportunity to help other women at other churches throughout North Carolina to launch their women’s ministries. I was blessed by God to speak at a few conferences about the Girlfriend’s women’s ministry, and I did it afraid but was excited that God was using me for His glory. God amazed me as He chose to use me, a woman so timid and who was too afraid to be out front. God saw something in me that He could use for His glory, When others didn’t believe I heard from God when He called me to leave California, God proved that I did hear Him and that He had a ministry for me.

In 2012, I was given the vision to launch a women’s ministry called Kingdom Mindset Women International and I launched a Christian life coach business for women, called Changing Your World Coaching International. I also held my first women’s conference under the new organizations that I founded.

I learned from this journey that when God chooses you, He will equip you.

He will place the right people around you to encourage and help you, He will provide all the resources you need, He will be your personal coach, He will chase away your insecurities, He will remove the obstacles that try to hinder your purpose, and He will go ahead of you to pave the way for His purpose to come to pass. God amazes me, and I am in awe of Him. He is still teaching me and maturing me in women’s ministry, and I believe He is just getting started in how He will use me this year and beyond for His glory. 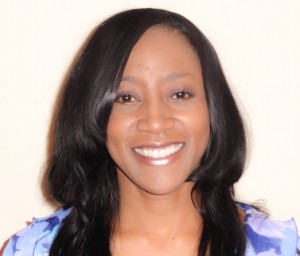 Look out for Dinah Cook’s first book called Fixing a Broken Glass, testimonies from ordinary women who God has used to do the extraordinary. This book will include testimonies from 12 women that God has placed on Dinah’s heart to tell their stories.

View all posts by: dcook